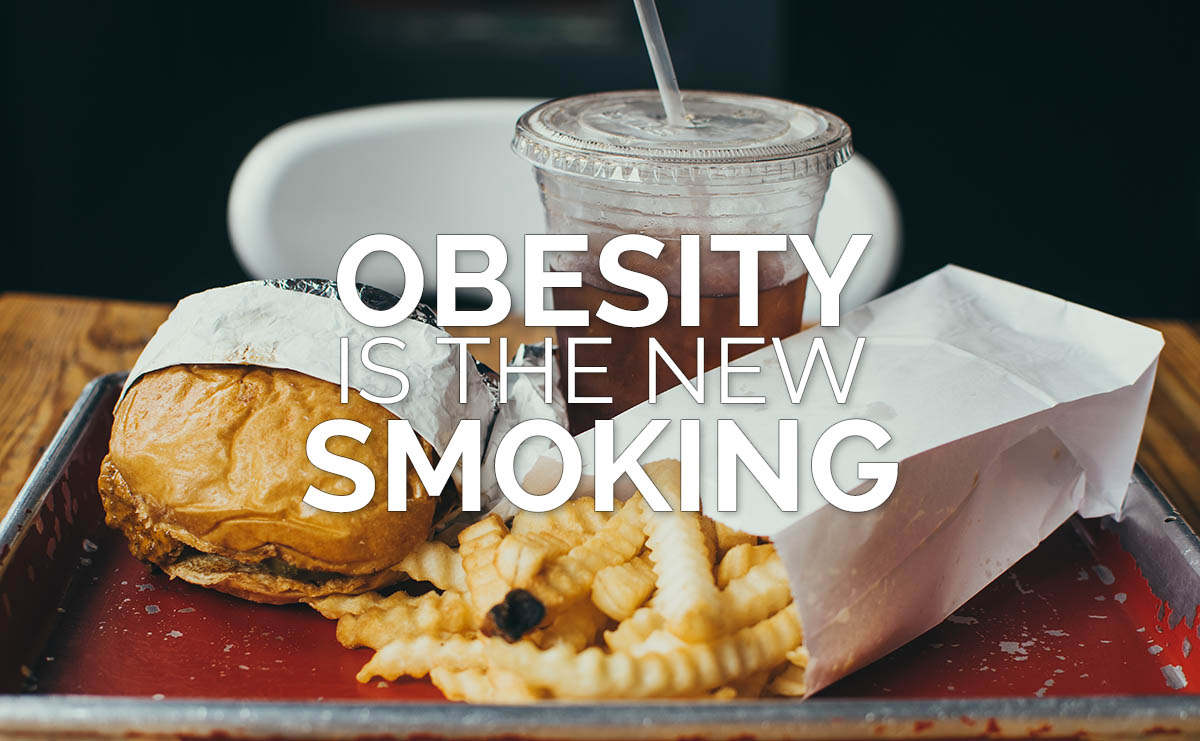 There is new information coming from the UK that, while not surprising, is quite alarming. Obesity seems to be rising at such a mind-boggling rate that it is being dubbed “the new smoking.” Increasing reliance on junk and convenience foods could set back decades of medical advances. So much that it has actually overtaken smoking as the leading cause of major cancers.

Scientists have also identified that obesity causes 13 types of cancer and it also appears to make some types of diseases more aggressive, but the specifics aren’t fully understood. Further research is needed to find out more about the ways extra body fat can lead to cancer.

That being said, this trend affects some of the most common and deadly types of cancer.

In the UK, bowel cancer is the fourth most common type of cancer, with around 42,000 diagnoses and 16,000 deaths annually. The study found that excess weight is now causing around 4,800 cases of the disease, while smoking causes around 2,900 cases annually.

The study found that around 2,900 cases can be linked to excess weight, with 1,600 attributed to smoking.

The stats in the US aren’t much better. In fact, a milepost study published in The Lancet Public Health earlier this year, warns that the increasing number of overweight or obese young people threatens to undo the progress made in reducing cancer deaths over the past few decades.

Back in Britain, the research found record levels of obesity among younger generations are set to double the number of weight-related cancers within two decades unless action is taken to change their diet.

Again, the US is pretty much running neck and neck with our British friends.

What are they going to do about it?

Well, Cancer Research UK is one of over 40 health groups urging their government to introduce its proposals to ban junk food commercials on TV and online before 9 PM, as well as two-for-one offers on unhealthy food and drinks. Michelle Mitchell, the charity’s chief executive, said: “As smoking rates fall and obesity rates rise, we can clearly see the impact on a national health crisis when the government puts policies in place – and when it puts its head in the sand.”

It’s tough to say what the good ole US of A will do, but at any rate, we can be proactive as individuals. Obesity is preventable at best and reversible at worst. We can be intentional about what we put into our bodies and what we allow in our children’s bodies. We can fight this epidemic, starting in our own homes. Diet and exercise are key. And education and diligently training yourself and loved ones to make health a priority is essential.