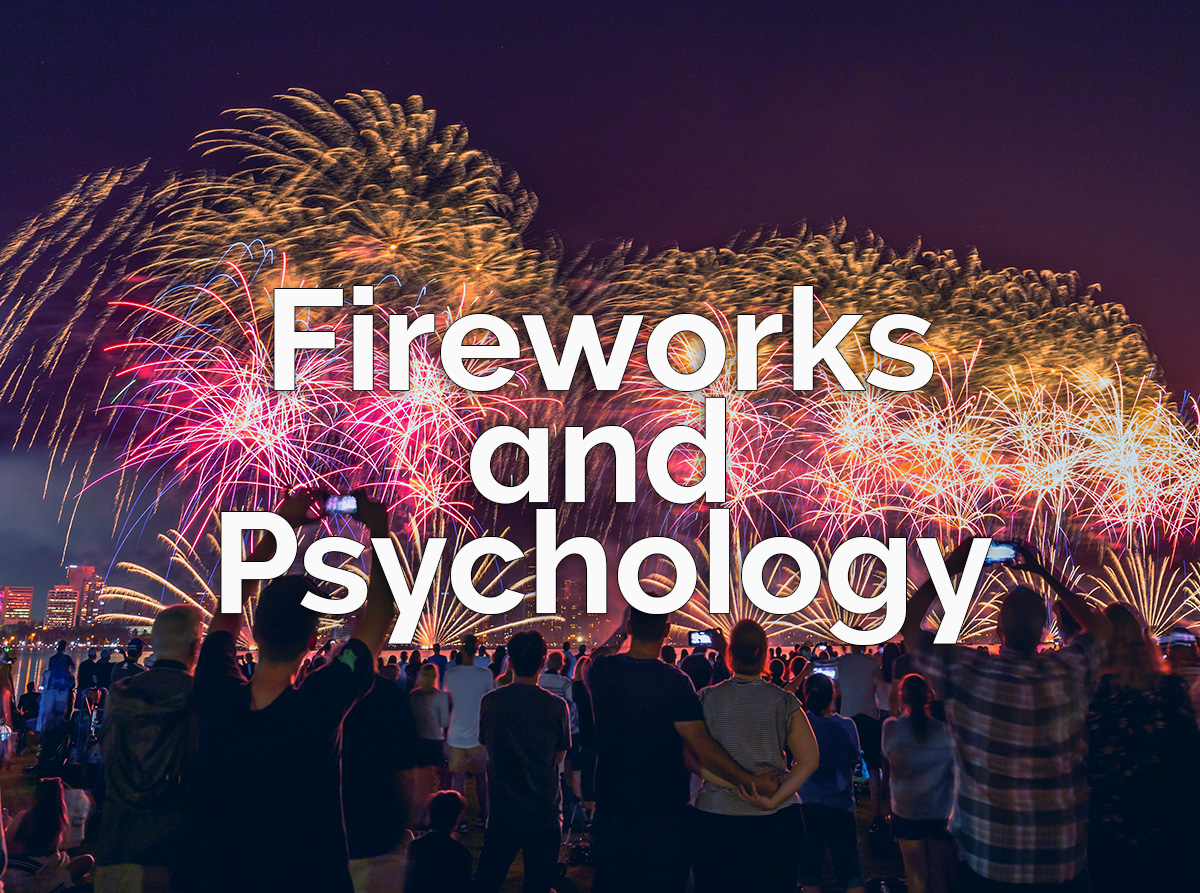 We hope everyone enjoyed the nation-wide birthday party in the form of cook-outs, block parties, family get-togethers, and summer shenanigans.

And, of course,  fireworks!

It’s true. We love our fireworks. So much so, that we as a nation, according to the American Pyrotechnics Association spent around $1.2 BILLION on over 250 MILLION pounds to light up the night’s sky. We risk serious burns and bodily harm to put on the most extravagant firework displays.

What makes fireworks so mesmerizing?

Why do we get such a feeling of euphoria?

The answer may not be what you think.

It’s because they scare us.

Daniel Glaser, a neuroscientist and the director of Science Gallery London at King’s College in the United Kingdom says “People seem to be excited by the anticipation of a slightly scary experience,” He goes on to explain, “Fireworks repeatedly set up this expectation. Each flash generates the anticipation of a bang, and that satisfaction seems to be what’s exciting about the display.”

It’s much like the bright strikes of lightning. The flashes of light warn us that a BOOM is about to happen. Lightning equals thunder. Fireworks equal the loud pop. But fireworks are much more predictable than thunder and lightning. And we like it.

We can thank the activation of our amygdala – a little ball of nerves in the brain that detects fear –  for this sense of delight while watching a grand display of fireworks. What happens is that after the lights have stimulated the anticipation of a threat, the impending boom of the firework confirms what we knew would happen in our brains. In response, our reward centers release a surge of dopamine—a chemical that regulates pleasure.

Not only do we like the loud, predictable crash, boom, bang, but we like the magnificent colors as well. This one we figured, but do you know why the colors are so entrancing? Because as Glaser puts it, “We’re exposed to injections of colors we don’t normally see…Fireworks genuinely synthesize new wavelengths of color. ” He also says that chemists have basically “hijacked the system when it comes to fireworks, they can cook up colors outside the spectrum.”

This also explains why we would rather see and hear the firework show in person than watch a video or look at pictures. The colors are not nearly as vibrant and there’s obviously no sound. Besides, the colors we see exploding in the night sky can’t even exist on screens because there’s only so much red, green, and blue pixels can do. That’s why we would rather risk serious injury and personal harm for the full immersion experience than look at a lame Instagram post or watch it on TV.

What’s more, is the fact that we simply can’t look away from light. It’s true. We’re actually hard-wired to not look away from the light. Add to that the rapid-fire sound of the pops and the captivating colors we’ve never seen and our brain literally forces us to freeze as it tries to figure out the inrush of sound and color.

The brain really is a magnificent machine. There’s a firework show of sorts going on in your head with all the neurons lighting up your brain as you watch, listen, and experience the spectacle in the sky. Bet you didn’t know all that was going on in your noggin while you’re being hypnotized by the dancing light show, huh?

With all of that being said, keep enjoying all of these spectacular lights. She really is blessed to have such a celebration on her 243rd birthday.

Happy Birthday, America! We really are so proud to still be the home of the brave and the land of the free!