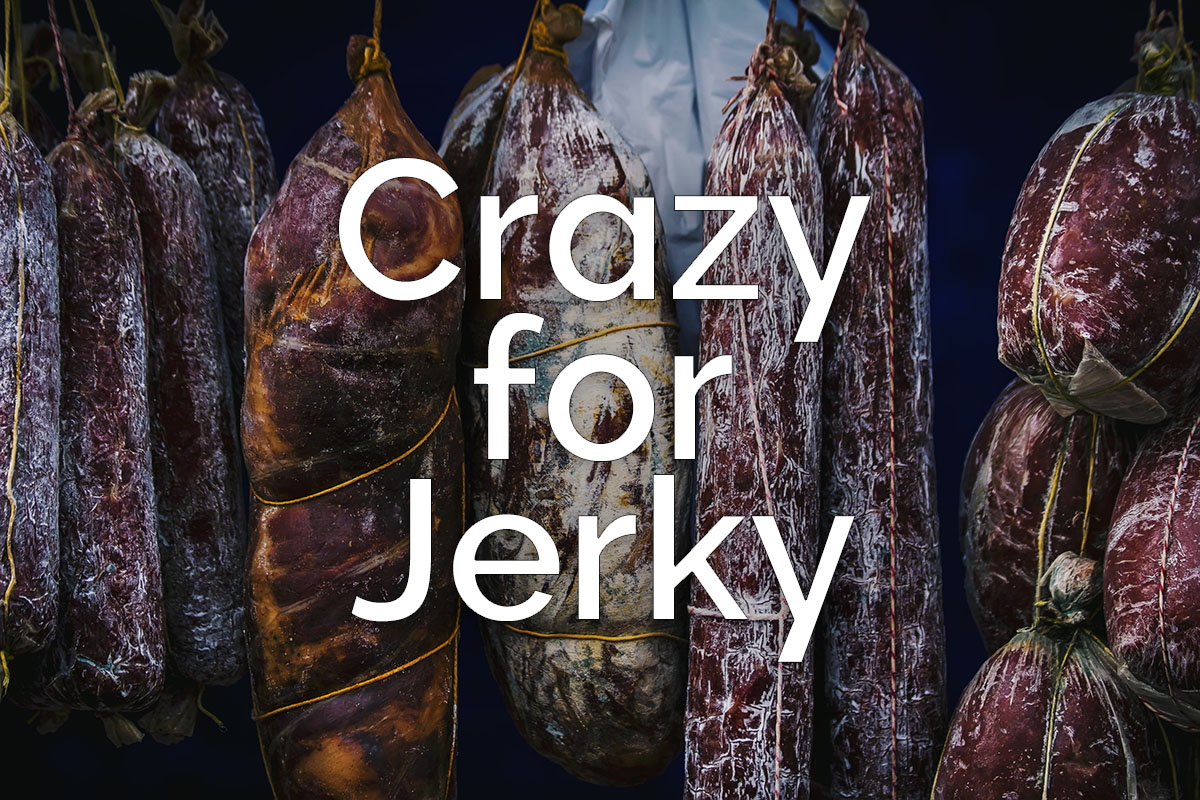 Step away from that meat stick!  We’ve got some bad news if you like beef jerky or cured meats.

Scientists have made a shocking new discovery about mania and what may contribute to it: Jerky, meat sticks, and cold cuts.

It turns out, processed meats like jerky and some cold cuts that contain nitrates may actually incite symptoms of mental illness. In fact, researchers found people hospitalized for mania were three times as likely to say they had eaten cured meats compared with people who did not have a psychiatric disorder.

The study, published in the journal Molecular Psychiatry, found that of the 1,100 people surveyed with psychiatric disorders who were admitted into the Sheppard Pratt Health System in Baltimore between 2007 and 2017, a sizeable number of them had eaten some sort of cured meat before their manic episodes. Investigating further, researchers found the link to be specific to nitrates, the preservatives added to all sorts of cured meats. Nitrates, of course, have been found in countless studies to lead to the formation of carcinogens, not to mention the fact that they are linked to a higher risk of heart attack and inflammation in the gut.

It’s the inflammation in the gut that the nitrates are responsible for that can possibly trigger mania in people who already struggle with that type of mental illness. Dr. Robert Yolken of the Johns Hopkins University School of Medicine, who led the study, noted, “We do want to raise the question of whether inflammation processes are important in psychiatric disorders….(but) It is very hard to show cause and effect in diet in humans.”

So they did it with rats, feeding one group beef jerky loaded with nitrates every other day.

They fed the other group nitrate-free jerky.

They found the nitrate group to be more hyperactive, signifying that it messed with the microbiome, or gut bacteria, of the rats, much like it would alter the microbiome of humans.

It’s the altering of the microbiome that can trigger the symptoms of psychiatric disorders, including schizophrenia, the researchers found.  Dr. Yolken believes that this may be something that people who suffer from this type of mental illness may be able to have some control over, stating, “I think that for people with mania, and perhaps other disorders as well, there might be environmental triggers that you can control. ”

In other words, this is further confirmation of what Joe talked about for years: there is a gut-brain connection. What we eat, the bacteria in our gut, and the level of inflammation all have a DIRECT effect on our mental welbeing.

More research needs to be done to find out the specifics as the work the researchers have done is still preliminary, but there is much already known about the importance of gut health in general. And although there has been no official warning or advisory in place from medical professionals, it’s probably a good idea to keep the consumption of nitrate-filled meat sticks to a minimum.