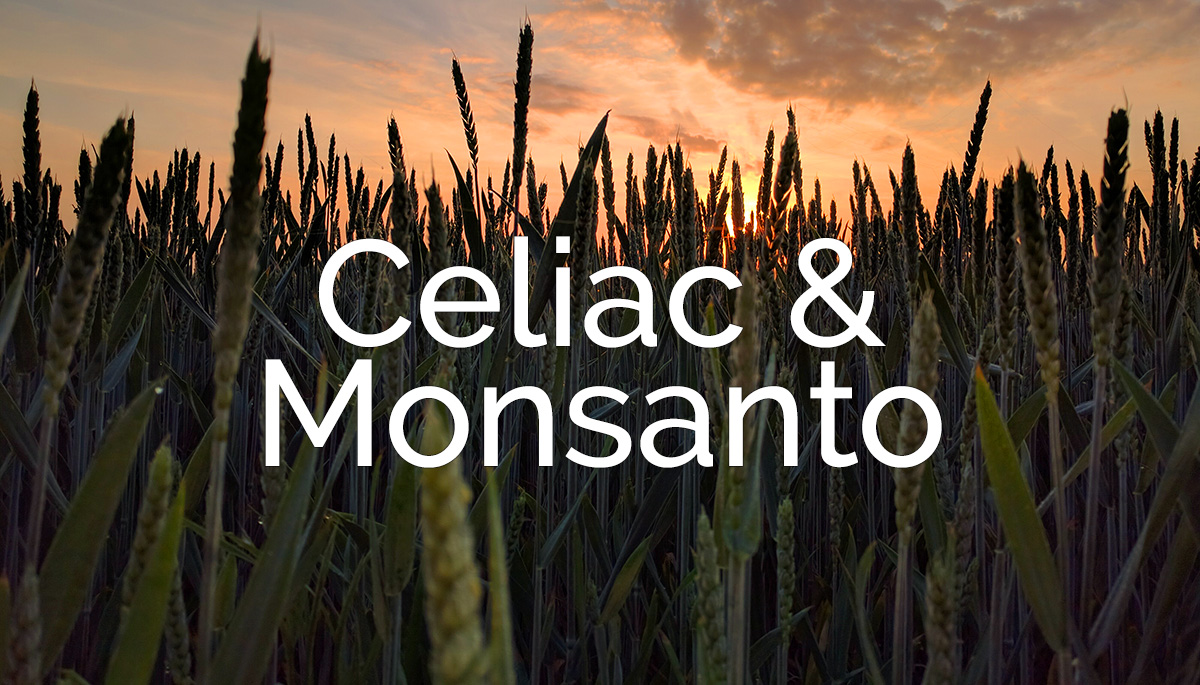 Looks like Monsanto is rounding up more negative publicity. It’s not about causing cancer or being linked to dangerous ingredients found in wine. This time around, it’s directly related to gluten intolerance or sensitivity in general, and more specifically, celiac disease. Of course, the usual culprit and common thread between all of this is glyphosate.

Back in 2013, in a meta-analysis of almost 300 studies, researchers found that an estimated 5% of the global population, mainly in the US and Europe, is suffering from some sort of gluten sensitivity issues. In the study which is published in the journal Interdisciplinary Toxicology, “Here, we propose that glyphosate, the active ingredient in the herbicide, Roundup, is the most important causal factor in this epidemic.”

Here’s the thing though. The media pretty much ignored it.

They can’t ignore it anymore what with glyphosate being labeled as a carcinogen by the World Health Organization and the state of California and also being named in the $280 million cancer lawsuit. It’s worth taking a look at.

The study’s authors, Anthony Samsel, who is an independent scientist who has served as a consultant to the EPA and U.S. Coast Guard on arsenic pollution and chemical hazard response, respectively, along with senior research scientist at MIT, Stephanie Seneff, have found that the symptoms of gluten intolerance and celiac disease in humans are frighteningly similar to the symptoms found in lab animals exposed to glyphosate. They referenced a study that showed how glyphosate significantly affected the digestive systems of fish which decreased digestive enzymes and bacteria, disrupted mucosal folds, destroyed microvilli structure in the intestinal wall, and increased secretion of mucin.

The authors explain that “These features are highly reminiscent of celiac disease.” It’s also interesting to note that with the increased use of glyphosate in agriculture there’s been a parallel rise in the number of people diagnosed with gluten intolerance or celiac disease, especially given the fact that the secret, illegal practice of drenching grains in the herbicide right before harvest, which started in the 1980s and became routine in the 1990s is commonplace.

You can go ahead and raise that other eyebrow now.

If you’re wondering what the symptoms of gluten intolerance and celiac disease are, go take a look here at this assessment tool. It’s probably a good idea for us all to go glyphosate free, then the gluten intolerance may just take care of itself.

You may find it interesting that Monsanto is actually no more. Well, in name that is. It seems as though Monsanto has been acquired by Bayer for $63 million.

Got any more eyebrows to raise?

September 12, 2019
Posted in Disease, Symptoms, Factors, and Causes, For your information, Nutrition
×