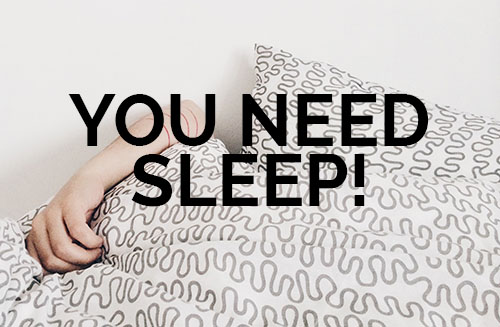 Some say “I’ll sleep when I’m dead.” Some say they can get more done if they stay up longer. Some say they only need a few hours. Still, others say it’s a “luxury”.

But is that really the most productive way to actually get things done?

Research shows that lack of sleep can impair brain health as much as alcohol.

Preliminary results from the world’s largest sleep study, conducted by neuroscientists from Western University’s Brain and Mind Institute, show that getting between 7 to 8 hours per night is prime. People who average the 7-8 hours performed better cognitively than those who slept less or more.

You read that correctly. People who slept more than the recommended 7-8 hours per night, performed about the same as those who slept too little.

As mentioned above, this is based on the world’s largest sleep study. It was launched in June 2017 and within a few days over 40,000 participants from around the globe signed up for this online scientific study. They didn’t just have to answer a few questions, either. This was an in-depth investigation of sorts into their everyday habits, including a comprehensive questionnaire and a series of cognitive performance activities.

Adrian Owen, Western’s lead researcher in Cognitive Neuroscience and Imaging, said “We really wanted to capture the sleeping habits of people around the entire globe. Obviously, there have been many smaller sleep studies of people in laboratories but we wanted to find out what sleep is like in the real world…People who logged in gave us a lot of information about themselves. We had a fairly extensive questionnaire and they told us things like which medications they were on, how old they were, where they were in the world and what kind of education they’d received because these are all factors that might have contributed to some of the results.”

Reasoning and verbal abilities were the most affected while on the other hand, short-term memory performance was hardly affected at all. This is vastly different than total sleep deprivation studies findings. It shows that your brain is affected differently by not getting enough sleep vs. staying up all night. One is not like the other.

About half of the participants typically slept less than 6.3 hours a night, which is about an hour less than what is recommended. Of those sleeping less than the recommended amount, those who slept less than four hours performed as if they were nine years older than their actual age.

Regardless of age, they found that sleep affected adults equally. They found, across the board, that those with the highest functional cognitive behavior had gotten the recommended 7-8 hours of sleep. Conversely, they found that those who slept too little or too much were equally impaired. Age was not a factor.

Sleep is not a luxury. It’s a necessity. It’s necessary for your brain, health, and system to rest and reset itself. You’re doing yourself (and those who depend on you) a disservice if you’re not getting enough.