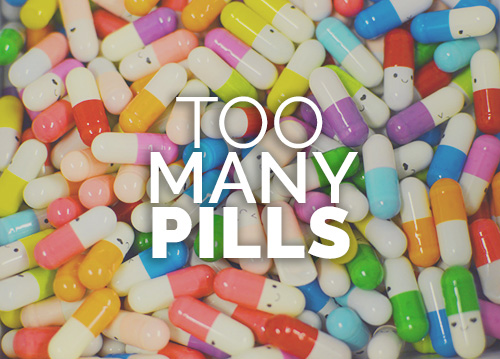 Antibiotics are being over-prescribed and overused.

Why are we not surprised?

What is shocking, however, is just how overused they actually are.   A new study recently published in the BMJ estimates that nearly 25% of antibiotics are inappropriately prescribed. That’s a staggering, unacceptable statistic.

When antibiotics are overused, they become ineffective. As bacteria is wiped out, it mutates in an attempt to survive. Eventually, the bacteria they are fighting can develop a resistance to them. This is bad news because the more bacteria become resistant, the fewer options there will be to fight them.

Back to the study…

Dr. Kao-Ping Chua, an assistant professor of pediatrics at the University of Michigan Medical School, who led the study, remarked, “Our findings are striking. On a population level, one out of seven people in the study received at least one inappropriate antibiotic prescription during the year. That’s huge if you consider there are 320 million people in America.”

Well, hold on a minute.

Clarity comes when the prescriptions are broken down by age.

They found that with children about 17% were inappropriately prescribed antibiotics, whereas the adults were significantly higher, being inappropriately prescribed at about 25% of the time. The difference could be due to the fact that pediatricians are more cautious about the meds they give to children. The disconcerting part was that Dr. Ping-Chua also found that 40%-50% of the antibiotics prescribed for kids were potentially appropriate, which means that some of those meds prescribed may not have been necessary or even helpful.

The quick and the skinny is that there are a lot of antibiotics that are making their way into people’s bodies that may simply shouldn’t be there. We are NOT saying that all antibiotics are useless. We are NOT saying that all doctors are over-prescribing. We ARE saying that you, the patient and consumer, need to be educated and aware. Talk to your doctor. Find out what the drugs that are being prescribed will do. Find out if there’s another treatment. There’s a lot to be said for having a conversation.

Your health and your doctor will thank you for it!

Time did an interesting piece on this. You may want to check it out here as it goes more in depth.