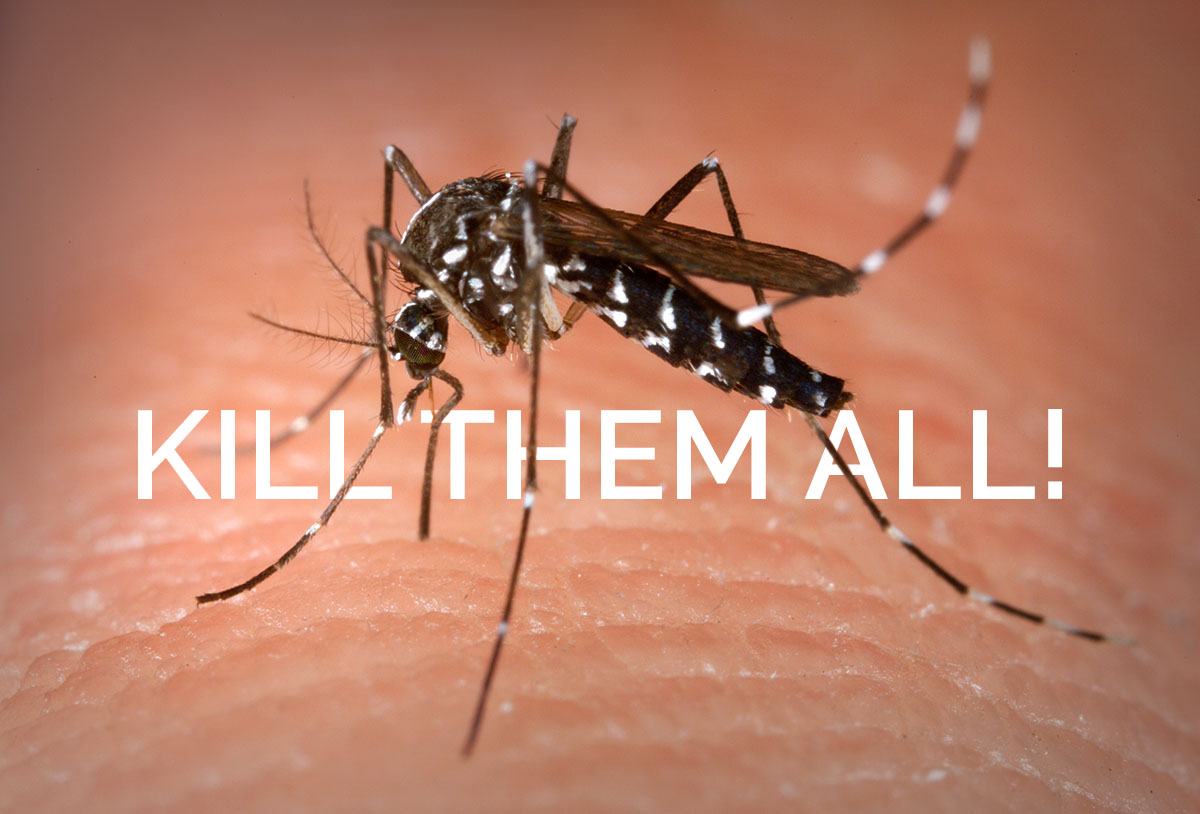 Last week, while we were busy figuring out why mosquitoes prefer to bite certain people, researchers published an even more important study on how to kill the little buggers!

It involves a breakthrough technique which utilizes two methods to target disease-carrying mosquitoes. This technique effectively eradicated the tiny biting beasts at two separate test sites in China. The study was published last Thursday in Nature.

The mosquitoes that were targeted, the Aedes albopictus, or the “Asian Tiger Mosquito,” are a type that is especially difficult to control. This is particularly concerning because they are a major vector for diseases including Zika and dengue.

Peter Armbruster, a professor at Georgetown University’s Dept of Biology, wrote in a review of the study that it “demonstrates the potential of a potent new tool.”

What the researchers did, essentially, was harness two population control methods.

The first being the use of radiation-based sterile insect technique (SIT). SIT works by releasing radiation-sterilized male mosquitoes into an environment to mate with wild female mosquitoes, reducing the size of the population over time as females fail to reproduce. The problem with that is that irradiation of male mosquitoes tends to reduce both their mating competitiveness and their survival rates, undermining the technique’s effectiveness.

The second method is incompatible insect technique (IIT). IIT involves infecting male mosquitoes with a strain of bacteria called Wolbachia. When the infected male mates with an uninfected female, it infects the eggs thereby killing them and making them unhatchable.

The two-year trial was conducted at two sites on the river islands in Guangzhou where Asian tiger mosquitoes are found to be the culprit for the highest dengue rate in China. According to the study’s findings, “the number of eggs hatched plunged by 94 percent, with not a single viable egg recorded for up to 13 weeks in some cases.”

The  average number of female mosquitoes—which transmit disease to humans when they bite—caught by traps fell by” between 83 and 94 percent.”

In some cases, none were detected at all for up to six weeks.

They also saw a  decline of nearly 97 percent in bites suffered by locals.

The results were remarkable.

Lead researcher Zhiyong Xi, a professor at Michigan State University’s Department of Microbiology and Molecular Genetics, compared the technique to “producing insecticide,” stating that, “Our goal is to use this technique to build a protected area that is disease vector-free.”

All that said, the results weren’t universally successful. The mosquito populations in areas with more traffic near construction or roads didn’t decrease as much as those in isolated areas. But this technique still holds promise if, Xi said, “natural barriers” like highways are used to limit the migration of outside mosquitoes. He said it could be used against fighting other diseases such as malaria.

The next major step, according to Zhiyong Xi, will be to develop a “highly effective and practical release strategy suited for urban settings.”

Hopefully, that won’t be too far in the future.

God speed and kill them dead!