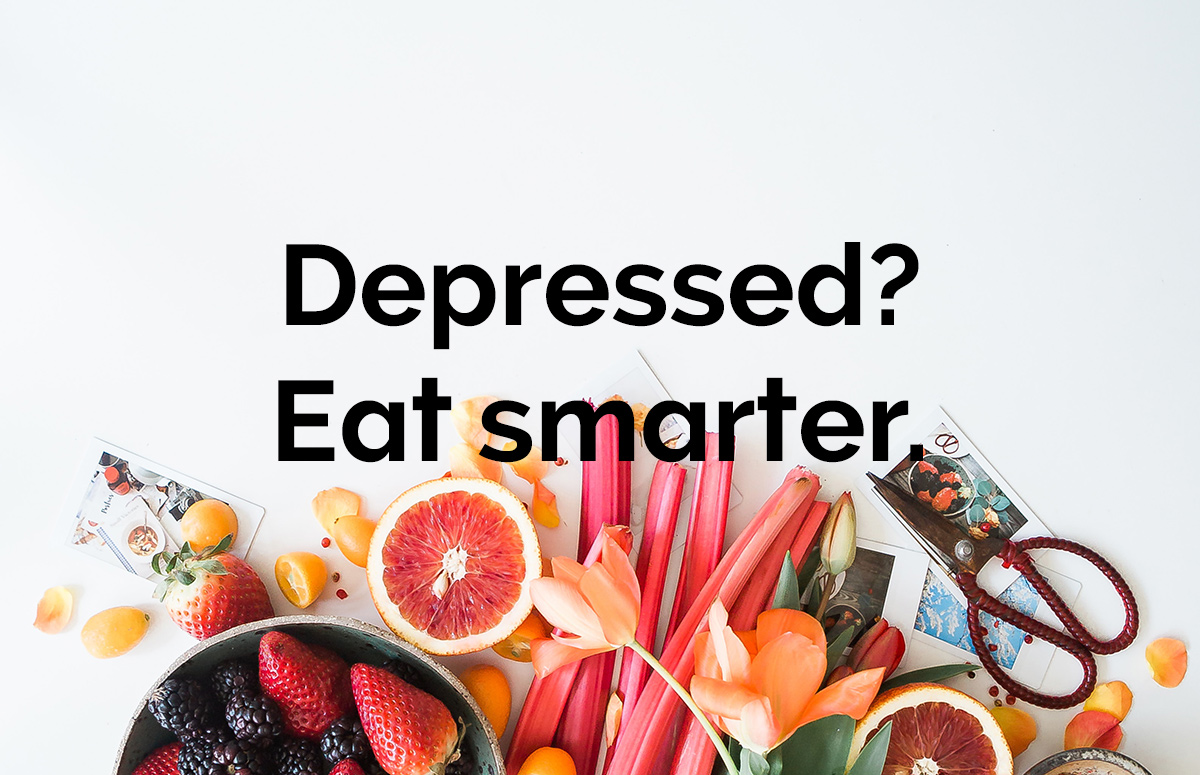 Chalk another one up for eating a healthy diet. As if we didn’t already know it, but there’s new evidence that suggests eating a diet which includes a bunch of fruits and veggies — and limiting highly processed foods — helps reduce symptoms of depression.

Of course, it’s not surprising, but it’s a timely reminder, especially since we’re coming upon the darker, colder months of fall and winter which lead to a rise in Seasonal Affective Disorder (SAD), to make sure you’re aware of how you’re fueling your body — and mind.

A randomized controlled trial published in the journal PLOS ONE found that symptoms of depression dropped significantly among a group of young adults after they followed a Mediterranean-style diet for three weeks. In the study, participants “scored” their depression. What they found was that their depression fell from a “moderate” range into the “normal” range, noting that their levels of stress and anxiety declined as well.

The same could not be said of the control group whose diet didn’t change. They continued eating a diet higher in refined carbohydrates, processed foods, and sugary foods and beverages. Their scores stayed in the “moderate severity” range.

One of the connections between eating a diet in highly processed foods is the inflammation it causes which can be a common factor in depression. Researcher Heather Francis, a lecturer in clinical neuropsychology at Macquarie University in Sydney, Australia stated that “Highly processed foods increase inflammation,”  adding that “If we don’t consume enough nutrient-dense foods, then this can lead to insufficiencies in nutrients, which also increases inflammation.”

For this study, participants who ate healthily were instructed to eat six more servings of fruits and veggies per week as compared to the control group who didn’t consume enough vegetables and fruits. The healthy group also upped their consumption of whole grains to three servings a day, along with three daily servings of protein from lean meats, poultry, eggs, tofu, and beans. They added three servings of fish per week. They also consumed three tablespoons of nuts and seeds per day, as well as two tablespoons of olive oil per day, and were advised to add in spices, including turmeric and cinnamon. Dairy consumption was three servings a day, but it had to be unsweetened.

It’s safe to say that diet plays a huge part in our mental health. BUT it is not the end-all, be-all of it. While diet is an important piece, it is crucial that you are in constant communication with your mental healthcare professional to get the overall care you need. There are many components to our mental well-being, it’s vital that we respect all the working parts. We can start by recognizing how we fuel our bodies, mind, and spirit.