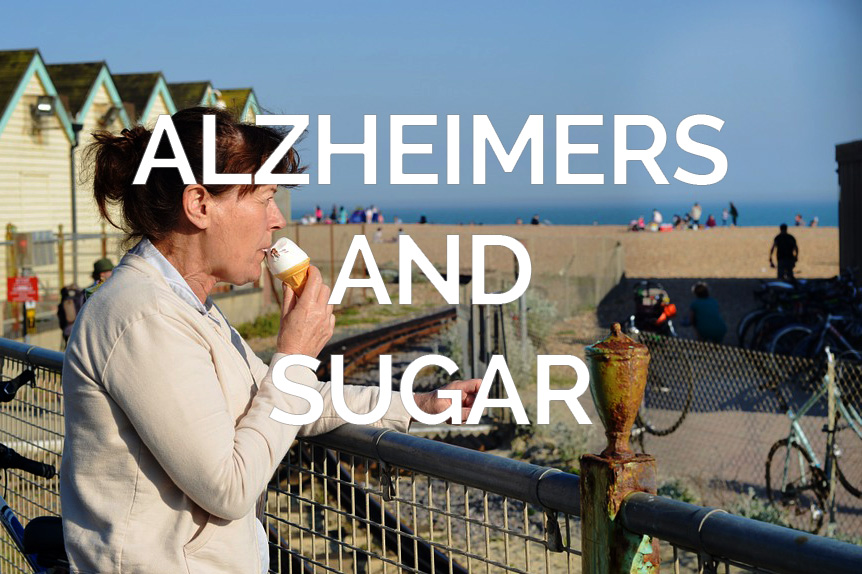 Processed sugar is just bad. There’s no way around it. It doesn’t make you healthy. It’s never linked to anything beneficial. Actually, sugar is now being linked to Alzheimer’s. It’s not that big of a shock seeing as how Alzheimer’s has been dubbed “type 3 diabetes” because of the solid evidence that people who have type 2 diabetes chances of getting Alzheimer’s are doubled.

In a longitudinal study, recently published in the journal Diabetologia, 5,189 people were observed for over 10 years. Researchers found that a faster rate of cognitive decline was more common in people with high blood sugar than those who had normal blood sugar levels. Whether or not the participant was technically diabetic made no difference. The bottom line is that higher blood sugar levels equal a higher risk for Alzheimer’s.

The researchers explain that “our findings suggest that interventions that delay diabetes onset, as well as management strategies for blood sugar control, might help alleviate the progression of subsequent cognitive decline over the long-term.”

Alzheimer’s may not be curable yet, but with these types of findings, there is hope of dramatically lowering the risk of it. There is still much research to be done, but it’s empowering to know that you can, at the very least, fight this disease before it has a chance to take control. You can be proactive now so you won’t have to succumb to this devastating disease later.

The golden years are meant to be just that — golden. They are not meant to be lived in darkness and confusion. But what if you’re already a senior and have a lifetime of bad dietary habits? It doesn’t matter! Just like with smoking, the best time to start controlling your blood sugar with diet is NOW! You can start by simply eliminating processed sugar and simple carbs from your diet. It’s a major step in the right direction!

If you’re interested in finding out more, go here.