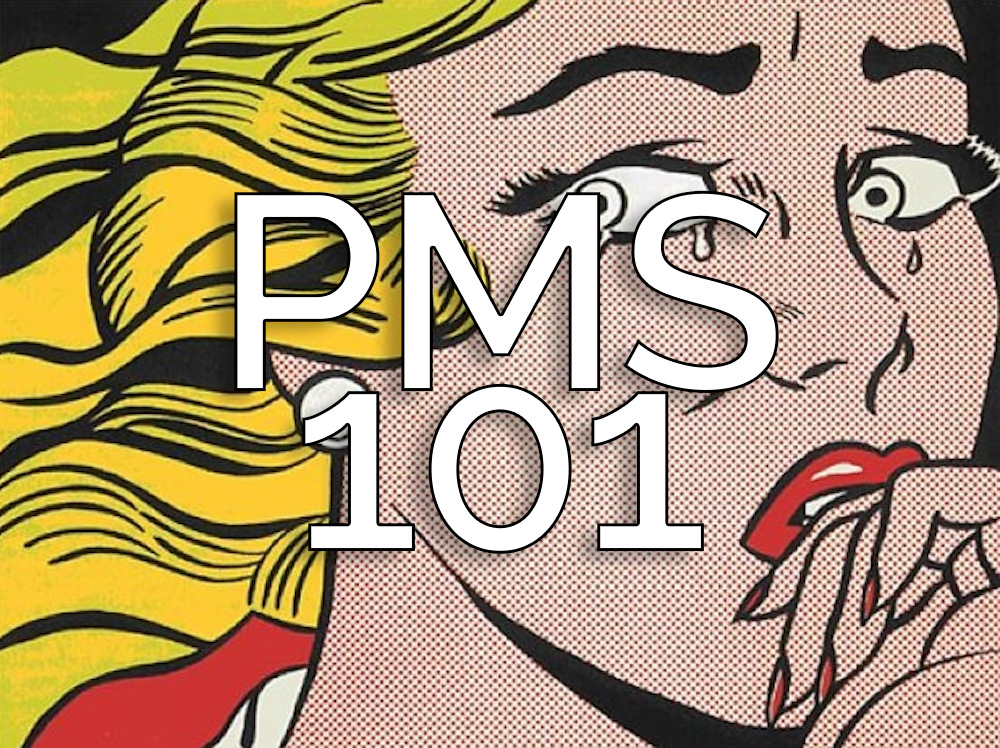 While the exact cause of PMS is unknown, it is believed that it’s related to a change in both sex hormone and serotonin levels at the beginning of the menstrual cycle. Hormone changes can have dramatic and profound side effects. For a masculine equivilent, look up the side effects of anabolic steroids (testosterone).

It’s estimated that as many as three out of four menstruating women have experienced some form of premenstrual syndrome, with over 90% stating that they get symptoms such as bloating, headaches, and moodiness–some being so severe that they interrupt daily activities such as going to work or school. On average, PMS affects more women in their 30s. PMS symptoms may get worse as women reach their late 30s or 40s and approach menopause or are transitioning to menopause. (Perimenopause). Symptoms typically start 5-11 days before menstruation, and usually subside once menstruation starts.

There is a myriad of emotional and physical symptoms to keep even the strongest of women down. Take a look at what a woman has to deal with BEFORE she even starts to menstruate:

Many symptoms can become so severe that they are debilitating for a woman. In some cases, if symptoms cannot be managed, it may be time to see your doctor.

As often as it might be a punchline, PMS is no joke. The next time a woman you know or love is affected by PMS, just know that she is dealing with something that is unseen, unwelcomed, and beyond her control. And for the love of her — and your –sanity, don’t ever call it an excuse. Don’t “chalk it up” to PMS. Sometimes it’s enough just to get through it.