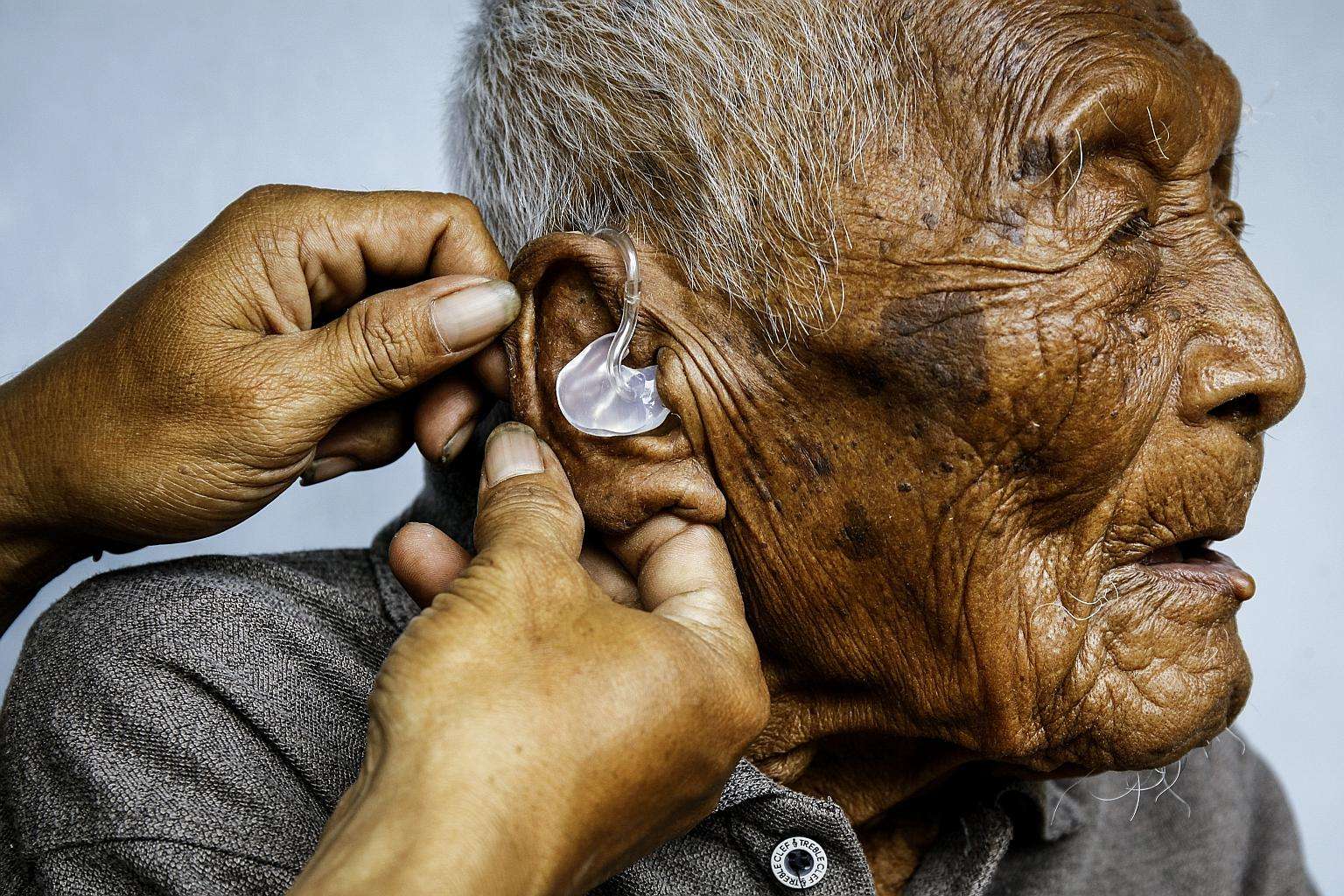 Mr Mbah Ghoto getting some help with his hearing aid. The Indonesian claimed he was born in 1870.PHOTO: EUROPEAN PRESSPHOTO AGENCY

While there’s no way to be 100% certain, Mbah Ghoto (grandpa Ghoto) claimed to have been born on December 31, 1870. If correct, that would make Mr. Ghoto 146 years old upon his death at the end of April. Unfortunately, Indonesia didn’t begin recording births until 1900, making it impossible to verify his claims. Nevertheless, local officials believe his claims to be accurate.

Mbah Ghoto outlived 4 wives, 10 siblings and all of his children. He was being cared for by his grandchildren, something he claimed was instrumental in his longevity. “… I have people that love me looking after me.” he said in an interview shortly before his death.

Hospitalized on April 12, Mbah Ghoto insisted he be released six days later. Upon returning home, he refused food and drink until he passed away several days later.