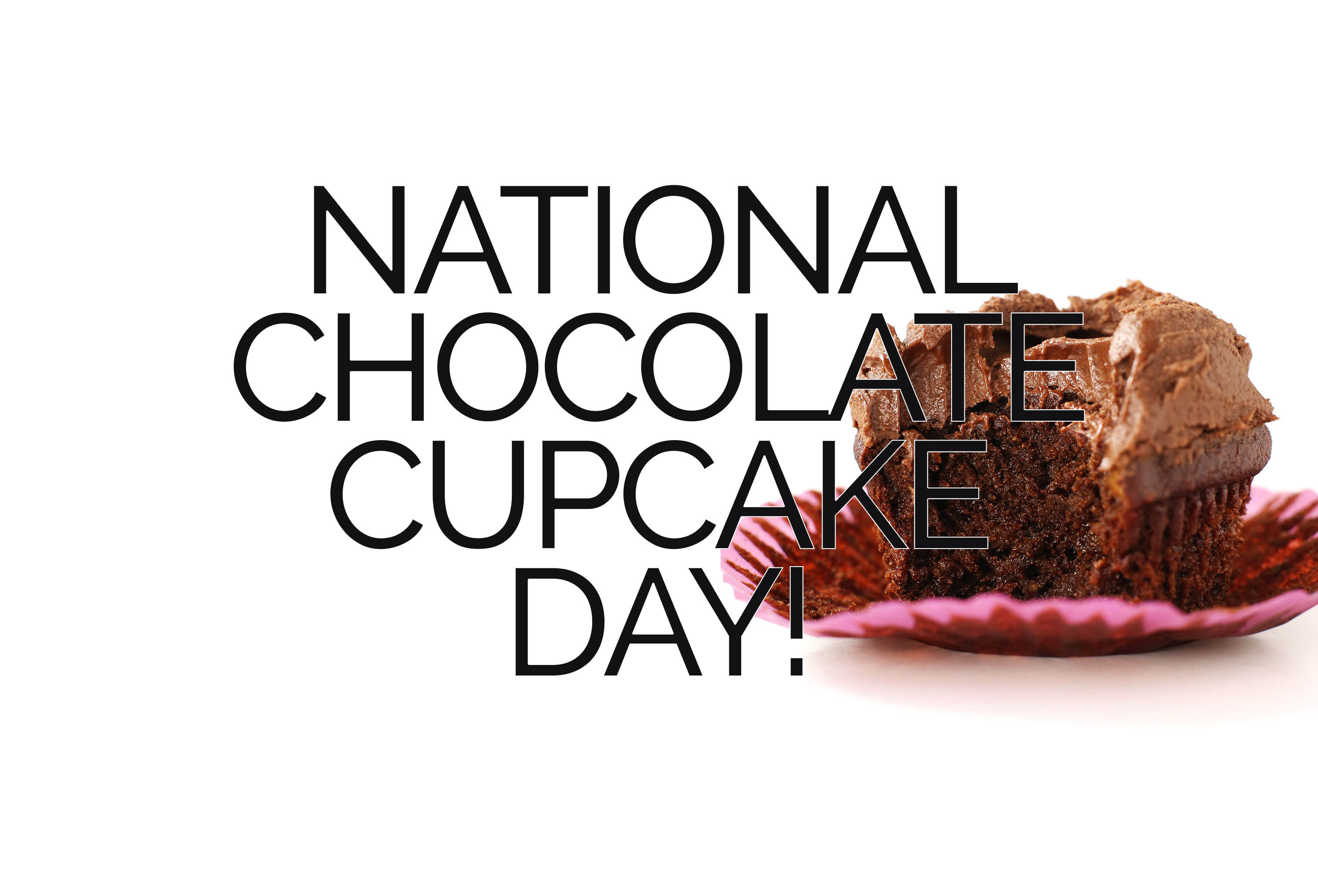 It’s going to be a scrumptious day.

And, if you’re one of the few odd birds that don’t like chocolate, well, you can wait for Dec 15 which is just regular ol’ cupcake day.

We know that this is not something we usually tell you to go out and celebrate, but with a little bit of tweaking, we think this one should be celebrated with gusto.

But first, the history behind this little cup-sized cake…

It seems to go back to 1796 when “a cake to be baked in small cups” was referenced by Amelia Simmons in  American Cookery. It wasn’t until 1828 that the term “cupcake” was used for the first time by Eliza Leslie in her cookbook.

But, no one really knows why the cupcake is called a cup cake. There are two schools of thought here. The first is that the cakes were literally baked in pottery cups, molds, or ramekins. The other lies in the fact that the cakes were made from measuring ingredients by the cup, instead of the pound (think pound cake). The latter is the more widely recognized.

Cupcakes have been called “fairy cakes”, ”buns”, or “patty cakes” over the years throughout the world, but the one that takes the cake (like what we did there?) is the “1234 cake”. Aptly named because of its four main ingredients — one cup of butter, two cups of sugar, three cups of flour, and four eggs.

That’s a ton of sugar and carbs! We don’t recommend scarfing down that much junk, but we can recommend some seriously delicious alternative recipes so you can participate in one of the sweetest national days ever invented! Credit goes to whom credit is due. These aren’t ours, but they are certainly the most scrumdiddlyumptious chocolate cupcake recipes we could find.

You can find Keto and GF friendly recipes here and here.

If you’re looking for Vegan and Gluten Free, go here

If sugar-free is what you’re after, take a look at this.

And, if you’re wanting an Everything Free chocolate cupcake that is still out of this world, check this out!

And just to be clear, don’t go nuts and eat a chocolate cupcake every day, but today, enjoy every bite of that sweet, finger-lickin’, chocolatey goodness. After all, National Chocolate Cupcake Day only comes ‘round but once a year!