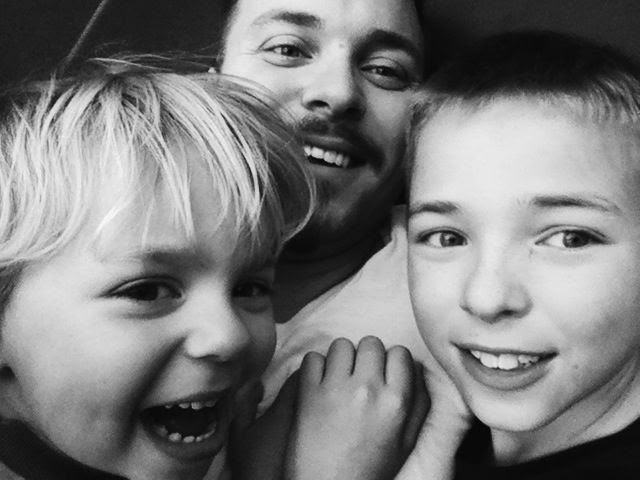 A new study out of Michigan State University is giving us even more insight into the important role of Dad’s in early childhood development.

The study followed 730 families that participated in Head Start programs at 17 different locations across the country. The primary focus was on the effects of a parent’s stress and mental health on the child’s development. Many studies in the past have shown the paramount importance of mom’s mental health on development, but this was one of the first to highlight the role Dad’s stress has on the kids:

“The study found that fathers’ parenting-related stress had a harmful effect on their children’s cognitive and language development when the children were 2 to 3 years old, even when the mothers’ influences were taken into account. This impact varied by gender; fathers’ influence, for example, had a larger effect on boys’ language than girls’ language.

Another key finding: Fathers’ and mothers’ mental health had a similarly significant effect on behavior problems among toddlers. Further, fathers’ mental health had a long-term impact, leading to differences in children’s social skills (such as self-control and cooperation) when the children reached fifth grade. In fact, fathers’ depression symptoms when children were toddlers were more influential on children’s later social skills than were mothers’ symptoms.”

As obvious as something may seem, doing proper research yields a much deeper understanding of something we’ve always intuited. For a long time, the measurable impact of dad’s on early childhood development has been discounted by the scientific community because so much more research had been done whit mom’s. This is another part of the growing pool of research “affirming the effects of fathers’ characteristics and father-child relationship qualities on children’s social development, rather than just the fathers’ residence in the home or presence in the child’s life…”

If you’re a parent, your stress level and mental health has a HUGE impact on your child’s development. That impact can linger for the rest of their lives. This isn’t about browbeating or condemnation. This shows the unbelievable value in “self-care.” Constantly running yourself past the point of “empty” isn’t self-sacrifice and noble. It’s unhealthy and has a confirmed negative impact on the kids. Happy, healthy parents are what kids need most. Go get some exercise. Do some yoga. Take a walk in a park. Have a deep conversation with a friend. Go see a pastor or counselor. We owe it to our children to stop trying to muscle through and take the time to be healthy!