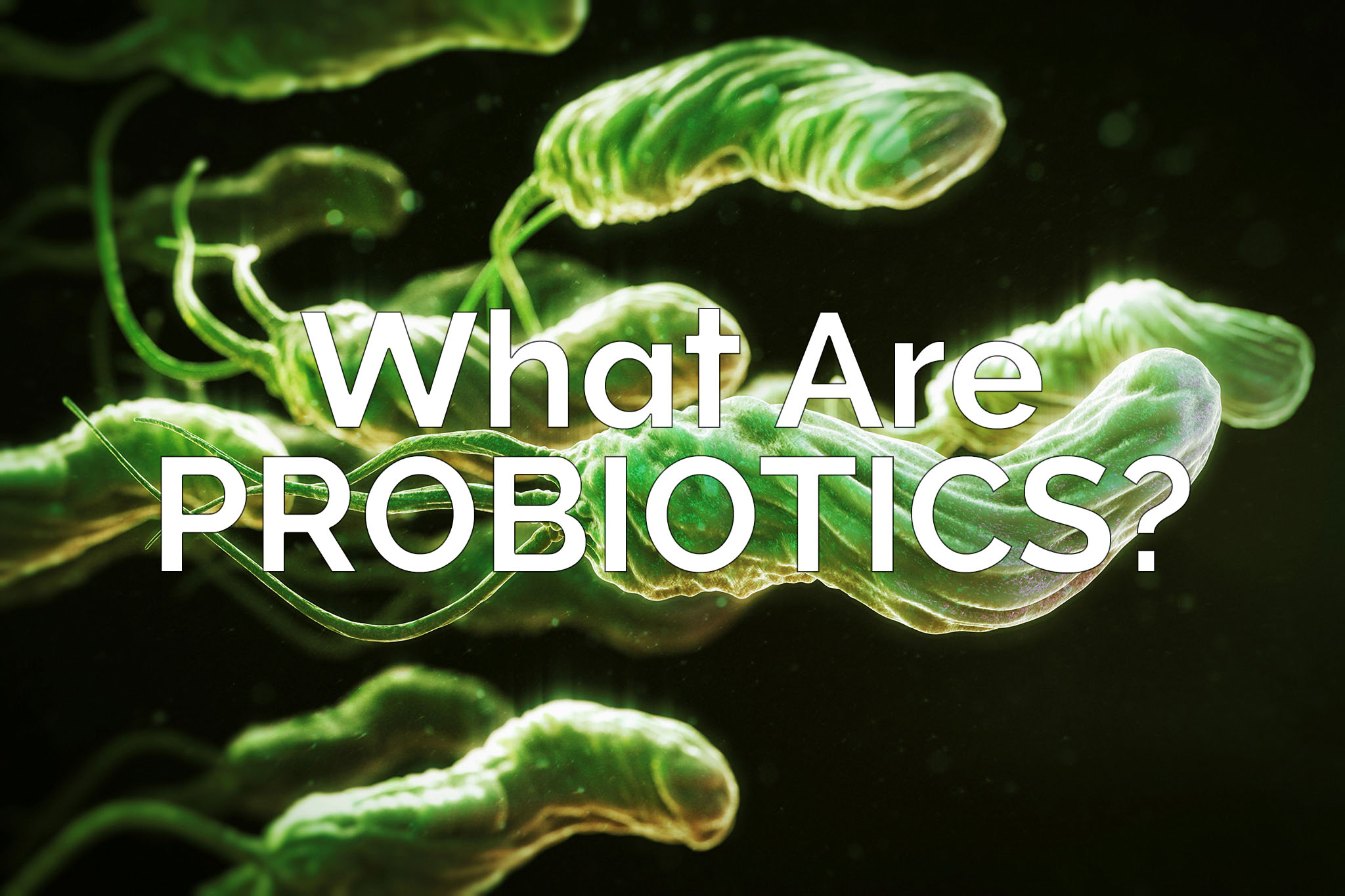 Probiotics are mysterious little buggers that modern medicine is still learning about.  We know they are the opposites of antibiotics, but what are they and what do they do? Why are they a fairly new “thing”? Are they beneficial in any way? Are they all created equal? How much do we have living in our bodies right now?

We’re going to answer all of that with the understanding that researchers are still researching this valuable class of bacteria. Let’s dive in with first things first.

According to the Mayo Clinic, probiotics are “good” bacteria that are either the same as, or very similar, to the bacteria that are already in your body. There’s an entire community of probiotics taking up residence in your lower digestive tract alone. There’s actually a significantly larger number of bacteria in your intestines than there are cells in your entire body. Can you believe that probiotics outnumber your cells 10 to 1? Your body is made of about 10 trillion cells. So that means that the probiotics have numbers in the 100 trillions!

WHAT DO THEY DO?

A lot. Probiotics have been found to have a variety of effects in the body. They aren’t all created equal. There are many different types of probiotics that have a plethora of functions. Because they aren’t all the same, they act in many different ways from maintaining the health of the community of microorganisms to stabilizing the digestive tract’s barrier against “bad bacteria”. They help the body heal and help the community of microorganisms return to a normal, stable state after being attacked by antibiotics or illness. In short, they help keep the immune system in an optimal, working order.

ARE THEY JUST A TREND?

Well, no. Actually, they’ve been making an impact on people’s health as early as 7000 BC, when the ancient Egyptians discovered the benefits of fermented milk. But it wasn’t until the early 20th century, when Nobel laureate Elie Metchnikoff, known as the “father of probiotics,” proposed that consuming beneficial microorganisms could improve people’s health. That’s when the concept behind probiotics was born. Researchers continued to investigate this idea, and the term “probiotics”—meaning “for life”—eventually came into use.”

So they’ve been outed, so to speak, for a while now

But they have gained popularity in the past decade or so and they don’t seem to be taking a dive anytime soon.

Absolutely!  On top of what we’ve already discussed, take a look at this very condensed list of only 10 benefits of the magical, mysterious, probiotic:

The benefits are numerous. And we have a long way to go in discovering just how vital these powerful bacteria can be. Of course, this isn’t the first time we’ve talked about them. If you want to learn more, check out our basics article or watch Joe discuss them in the video below!

January 10, 2019
Posted in Did You Know..., For your information, Integrative Wellness Center, Nutrition, Vitamins & Minerals
×